WINTER RULES — A CASE FOR THE CHILLY SEASON We have very few rules in our household, but one of the few is ‘No major life decisions in July or August.’ Summer is too full of stimuli to think clearly about things of consequence. The days are too long, and sleep suffers. There’s too much bounty from the garden; the creativity in cooking devolves into a parade of weird salads easily thrown together at 9pm. And there’s the constant visiting with friends from near and far; we lap up what’s happening in their lives, and it leaves little space to think about our own.

Like any good Great Laker, we embrace winter as summer’s fundamental foil. Just as the lake bed itself was carved by ice, we would lack our very definition without the cold. It imbues a great ability to compromise, and while keeping us honest, it returns to us the time we lost and the quiet we missed.

Winter is a time to do, as author Katharine May says, ‘the deeply unfashionable things such as putting your house in order, getting enough sleep, resting and letting time stretch out again.’ Counterintuitively, winter days seem to lengthen. It’s generally hard to start moving toward dinnertime until the light fades from the sky. In July, that isn’t until 9pm. In December, 5pm, giving us several additional hours to dally over the stove, linger over the table, and still have time to watch some TV afterward.

There’s a field behind our house, and there is nothing so beautiful as walking through it under a full moon when it’s covered in snow, and everything is lit up and shatteringly quiet. It’s a singular state of things that only happens this time of year. The sun and sand and work of summering harden; the sparse tranquility of wintering allows everything to soften.

Ultimately, to the theoretical would-you-rather, we are invariably in agreement. Cold. Winter. Jacket and boots. Snow and ice. We’ll happily drape ourselves in wool for months to say goodbye to sweating as a thing. We’ll spray the entire floor with pine needles to have enjoyed the splendor of a tree for a whole fiscal quarter. Of course, consistent as ever, the snow will melt, the air will hold humidity again, and stepping outside, we’ll realize, ‘You know, spring is pretty nice…’ The cycle will start again.

But in the meantime, we revel in this good, long breather.

Abra Berens is a chef and James Beard-nominated author.
Erik Hall is a musician, producer, and composer. They live and work in Galien, Michigan. 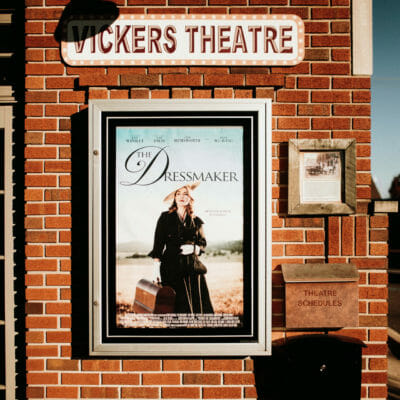 Film to feed the soul. Cold weather fun on the lakeshore.